My previous post, Or This with the Girl Effect video, prompted Dave Truss to update his Pair-a-Dimes blog with a lovely post about the inspiring women he knows who are educational leaders. His post caused a bit of a furor, as readers wrote in challenging his choice to be gender specific.  Liz Davis, one of the educational leaders he named, politely told him that it was perhaps  “a tad condescending.”  In response, Dave posted again explaining what may have come across as unintentional bias.  One again, he was inundated with comments. The dialogue on Dave’s site has lead me to write the following:

I believe that public acknowledgment of the accomplishments of women in any field is beneficial although I also understand where it may be taken as condescending. However, there is definitely a bias in the world I inhabit, which I don’t believe is all that unintentional as a general rule. Sure, I know many men and women who never intend it, but it is everywhere as Dave points out.   We don’t think critically enough about it often enough. Blog posts like this with the accompanying comments therefore are useful in the much needed raising of awareness. Though honestly, it is only a crack.

I don’t know any women who aren’t aware of an “old boys” network, as Vicki Davis (aka Cool Cat Teacher) speaks of, in so many areas of our lives. Certainly edtech.  And the way I see it is that “being unbelievably good” so as not to be ignored even carries bias because “good” in this context means participating in that male network in male-ways-of-being-successful.  This implies that being successful might mean something different for women and I think that is really what Silvana is referring to.  If so, I heartily agree that we need to caution against holding up women being measured against male standards of success as the role models for our children, both boys and girls.

Giving a very personal example here, I will never move high in the ranks of our school board, take on a principal position or be the best blogger or best edtech person around simply because I will not give up that kind of time with my family.  I see myself as highly successful, but perhaps not in most of the ways that count in the “male” world.   I work hard when I work but am most dedicated, as is my husband, to our family and the causes we take on together.  In that way we are working to be the best role models that we can be for our two daughters and our son.  To be honest, I don’t worry a whole lot about who they look up to outside of our family, after all my best role models were definitely my own mother and father.  From them I took what I agreed with and changed what I decided I needed to do differently. So I work at being the most “successful” I can be without ever having my family come second. 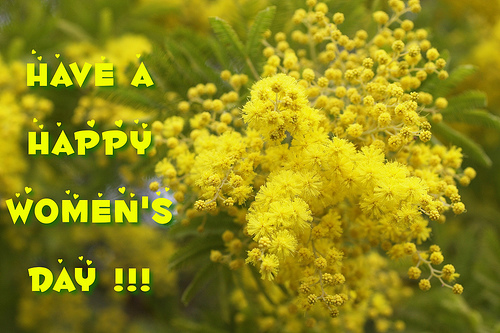 Ok, but this doesn’t really get to the problem of encouraging women to participate, let alone be successful in this world.  Although more and more I meet women who just choose to opt out.  (Why participate IF it is a male dominated world?)  Louise Maine raises an excellent question when she asks “Why do the female teachers think they do not know enough to speak at a conference?” Or Dave Truss’s own comment about women being cut off at meetings.  The world I want to participate in is one which has shifted towards more inclusive ways of operating through forms of dialogue such as appreciative inquiry or any model that allow for every perspective in the room to be heard.  I want to work where we encourage decisions based on consensus rather than lobbying, bullying, back room deals and even majority votes.  Certainly if we want to move towards giving women voice, we need to be sure that we make room for them to be heard.  Then, I believe, we’ll start to see a really different and interesting measure of success and it will be easier for women to see and feel the value in all that we do.