Back on November 16, I wrote a blog post declaring my intention to give Twitter a try for a full month. Today I’m going to summarize what the experience has given me so far.

1) An amazing network of people:

Initially I had a four people to follow from my short venture into twitter last spring; as I picked it up again I added a few more, and then a few more until I got up to a critical mass of about 29. At that point I figured out how to go to the twitter pages of the people I want to follow and check to see who they follow, so I found a few more and so on and so on. Eventually I got a tweet from MrTweet who’s bio says “I am your personal twitter assistant – add me as a friend, and I’ll suggest to you which influencers and followers you should check out. (More coming soon! ).” True to his word Mr Tweet somehow looked at who I had already decided to follow, checked out who they follow (are you following?) and recommended who else I should follow. I took his advice and now have 82 that I am following, with more being added as I find discover more people that I want to network with.

2) New tools for connecting: So Twitter probably wouldn’t work without good webtools to make it easy to keep up with. A month ago I was using Firefox but knew that there had to be an easy way to see tweets as they came in. Firefox wasn’t doing it.  Then Claire Thompson suggested Flock, so I downloaded that to give it a try.  Today I’m still using it though probably not yet to its full potential but I do like what it gives me. I can have twitter on in a sidebar, or switch to Facebook which I use more for my family network.  There is even the potential for network in flicker and possibly so much more. 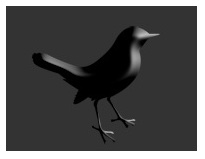 A couple of weeks, or about 20 tweets, into my trial I started noticing some posts that said posted from Tweetdeck. That sent me off looking for Tweetdeck which I’m now using.  While I still often have my sidebar in Flock on, I find that using Tweetdeck at the same time works well. It provides a better system for reading back through past posts whenever I come back on line, a nice consistent alert systems, and system for sorting the posts more easily. There are still functions in it I’m just learning about but even in this simplified way I’m using it, I find it very useful.

There are still tools I need to check out and learn more about. These include twhirl and twitterfox (maybe I left my firefox browser to quickly). And who knows, if Santa’s good to me this Christmas maybe I’ll get to try using twitter on an ipod with twitterfon.

3) Increasing involvement: By far the most exciting result for me has been the fun I’ve had getting up the courage to participate in the interaction. Twitter offers a kind of light weight connection, if you will.  With it I’ve become involved in a network of people, many whom I’ve never met, but who have agreed by letting me “follow” them, and often “following” me back, to allow some conversation between us.  These are folks that I don’t know well enough to email out of the blue given that I’m a relatively shy person. But folks with whom I seem to have a lot in common such as an interest in education, specifically technology in education and/or online tools for communication and education. So more and more I’m finding myself willing to try a response or even (more daringly) a direct message in response to some tweet from someone else.  The first one I received was exciting; the first one I sent, a little scary. But more and more I’m having fun with it and really learning a lot. I’ve started engaging in conversations that I wouldn’t have joined into before. The next conference I go to I think I’ll be much more willing to step up and introduce myself.

4) Great new resource, blogs and updated information: Perhaps this is all just the benefits of an expanded network but with regular tweets coming in as people complete accomplishments from posting a new blog post to publishing a book, I’m finding myself much more up to date with relevant and important information.  I’m reading new blog postings much more immediately.  I’m learning about good tools and resources that fit well with my work.  For example, through Twitter I learned about Liz Davies revised edition of 21st Century Technology Tools; Tutorials for Teachers, 2nd Edition which I’m just settling in to read. You can be sure though that I’ll be keeping my twitter on while I read.